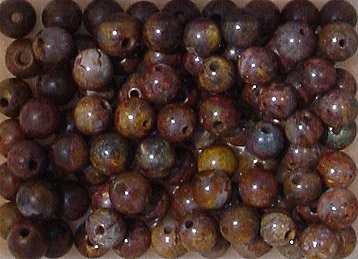 PIETERSITE
~ Insight, intuition, increased power of the will, precognition, interdimensional travel, self-transformation ~
Pietersite, a Namibian gemstone, is also called Tempest Stone. It is an opaque stone, with colors ranging from red and gold to indigo and black. It often exhibits a shimmering iridescence similar to tiger eye. It was named after its discoverer, Sid Pieters.

Mystic Lore: Intuitive sources say that Pietersite carries the energy of the 'storm' element, and can purify one's body and energies. It is said to be tremendously energizing to the wearer, enhancing strength, courage, will power, and awareness of the higher planes.