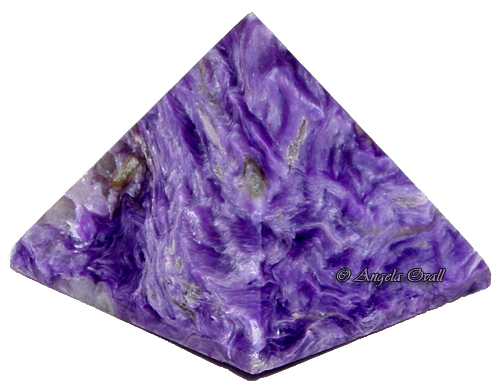 CHAROITE
~ Release of old traumas & fears ~
Charoite is a gemstone from Yakutiya, Russia. It occurs in various shades of purple with white swirls, black patches, and occasional gold dendritic formations. It is often used in jewelry making, but is also used to make vases, carvings and art objects.

Mystic Lore:Intuitive sources say that Charoite emanates an energy which purifies & clears one's surroundings of all types of negativity. It is said to aid in releasing old fears & recalling past lives. It may be used to enhance one's dreams and protect from nightmares.